With the launch of the new Earth Rangers App, we have also introduced an exciting new way to contribute to the protection of Canadian species at risk: The Wildlife Adoptions Program! Learn more about the program here.

Every Wildlife Adoption kit purchased through the Earth Rangers App helps support scientists and conservation partners working on tangible projects that can make a big difference for species risk. Over the coming weeks, we’ll be introducing you to this year’s project sites, species, and researchers, and how kids can take action for a cause they care about by participating in the program.

Canada’s frigid north is home to some amazing animals, but unfortunately it’s an ecosystem under threat. Climate change is causing the Arctic zone to warm two to three times faster than the global average, which is having serious impacts on the species that call it home. That’s why it’s essential that we work to better understand what the potential effects on wildlife species will be, which will help inform the development of conservation strategies that will try to mitigate their impact.

There are 3 animals members can adopt to help protect northern species:

Polar bears are the largest land carnivores (they can weigh up to 800 kg) and they’re built for life in the frigid north. In fact, 60% of polar bears call Canada home. One of the biggest challenges facing polar bears is climate change. Polar bears need sea ice in order to hunt for seals, their main source of food. As the ice melts, hunting becomes more difficult for these big bears.

In Southern Hudson Bay, the number of ice-covered days is decreasing by 6.8 every ten years and polar bear populations are diminishing. So Earth Rangers is teaming up with Tyler Ross, a researcher at York University, on a project that will help us learn more about how polar bears will be affected by climate change, and enable us to better protect them!

Every polar bear adoption will help Tyler’s team fit 25 bears with GPS radio collars that allow the polar bears’ movements and behaviours to be tracked. This will give important information about how climate change is affecting how they migrate, forage for food and create maternity dens. The results of this research will help in planning conservation activities in Ontario’s Northern Boreal Forest and along the Hudson Bay coast.

Meet the thick-billed murre! Known as the “penguin of the north”, this bird is a fantastic swimmer and diver (it can dive down over 100 metres in search of fish, squid and crustaceans). But unlike the penguin, the thick-billed murre can also fly. Mother birds lay their eggs on the steep face of a rocky cliff, taking turns with the father birds to incubate the egg. After about a month, the chick hatches, and both parents continue to care for their hatchling for three weeks. After that, the thick-billed murre chick glides down to the ocean, ready to take on the world!

The Arctic fox is a master of camouflage. In the winter, its thick coat is a brilliant white, but in the summer it thins out and turns a dusty gray-brown to help blend in with the surrounding Arctic tundra. These foxes eat small rodents, birds and fish. They have excellent senses of smell and hearing, both of which help them to find prey under thick snow in the winter months. Although Arctic foxes are still abundant in the Canadian Arctic, their populations have been decreasing from the southern edge of the tundra around the globe. 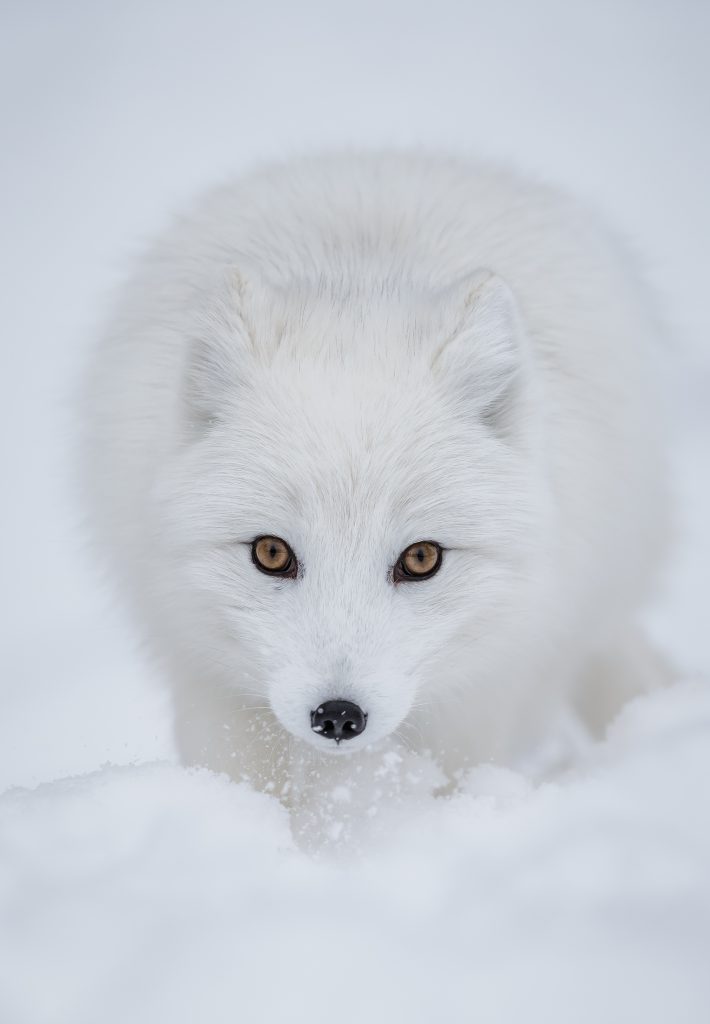 Learn how you can adopt these species and many others by downloading the Earth Rangers App today!